Urban Shoot for a Senior Guy

September 3, 2019
I am so excited for you to meet Daniel, a graduate from Friendswood High school. Daniel is one of the nicest young men I have ever had the chance to photograph. His senior session in downtown Houston sticks out to me as being the best urban shoot for a senior guy for 2019. 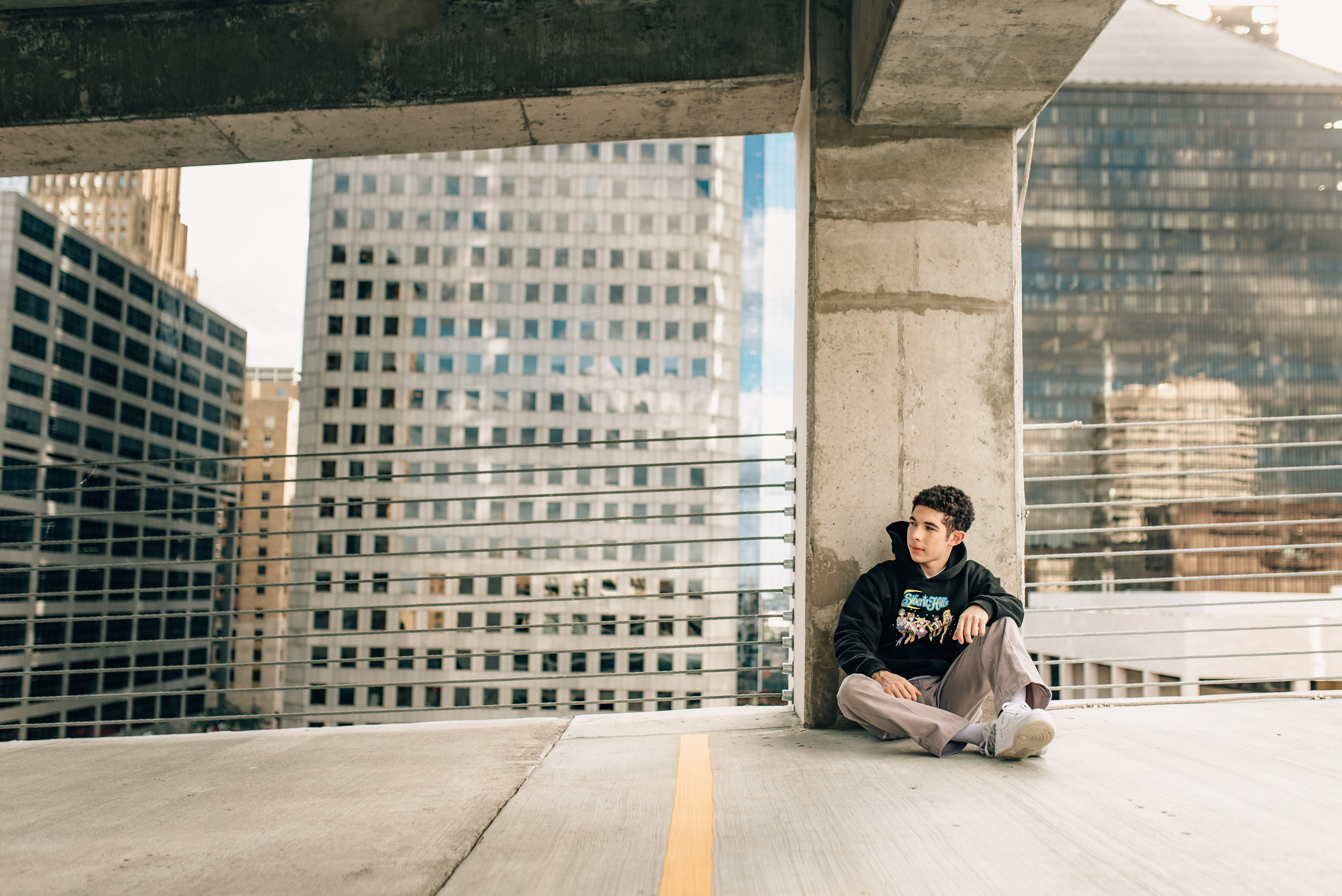 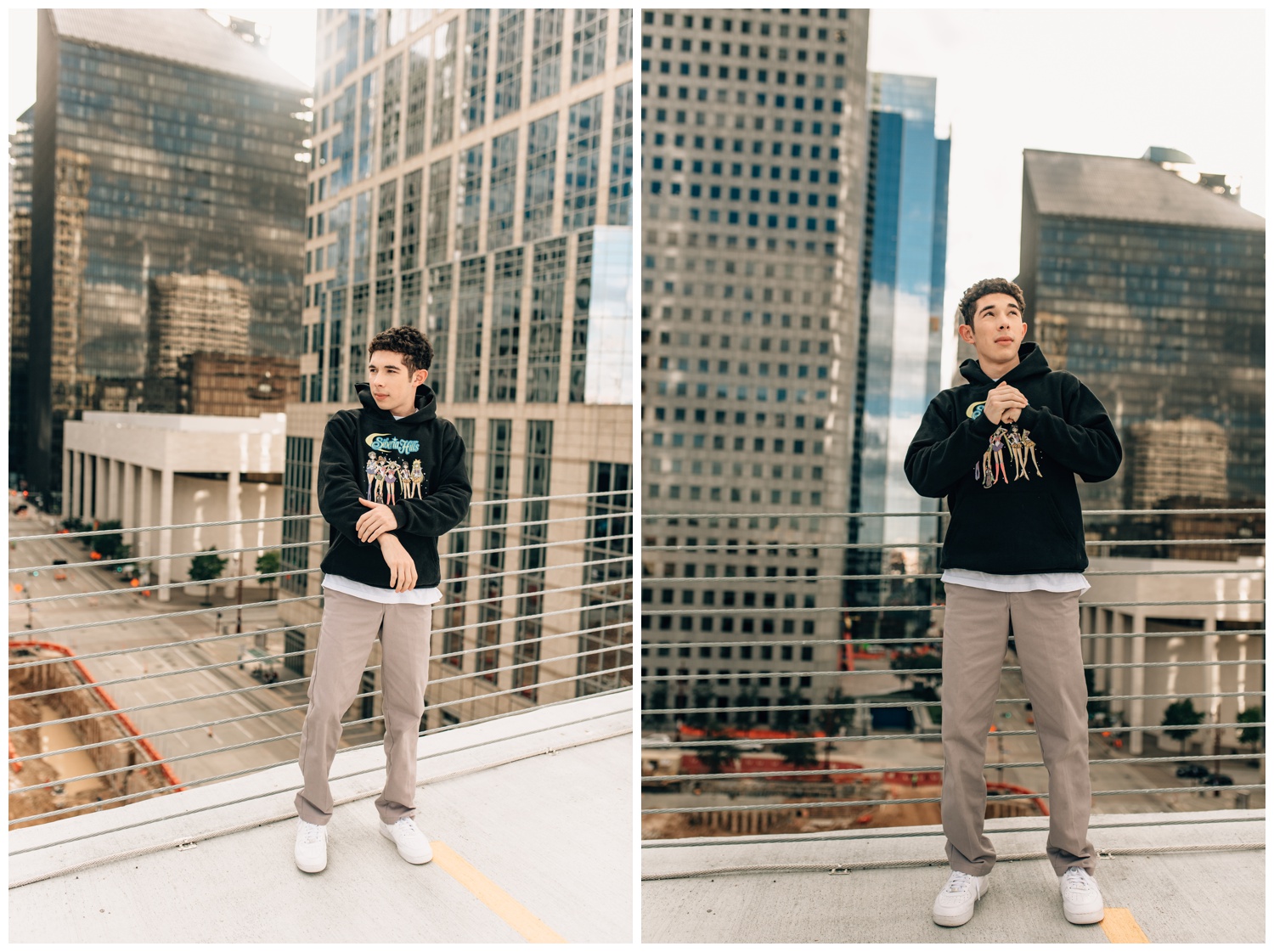 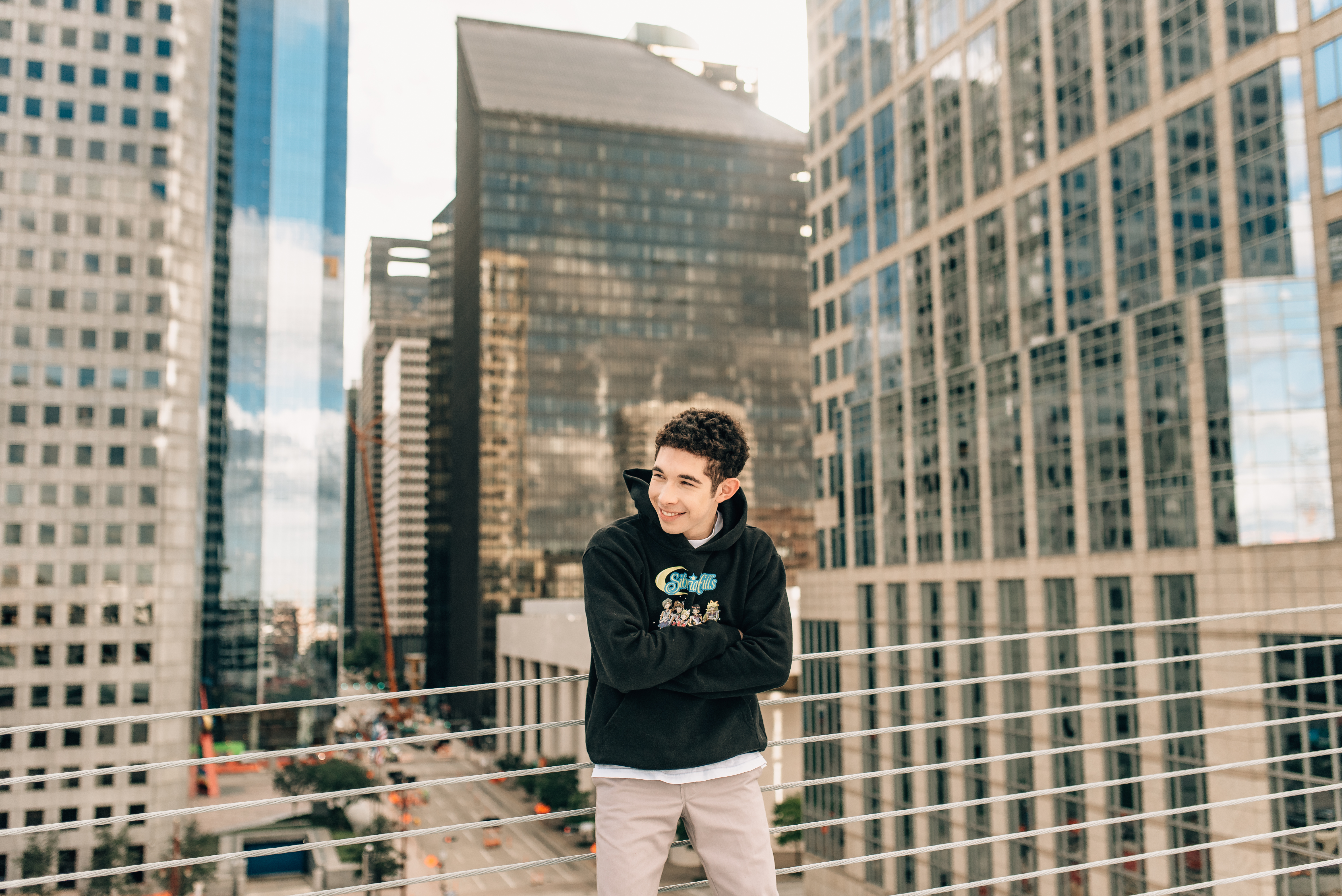 Daniel is now an FHS grad, but at the time of our shoot, he was telling me all about his future plans. Daniel loves following urban fashion trends and keeping up with the latest designs. He showed me several designers online whose work he admires.
Daniel works at Pac Sun and loves putting together original looks. He takes what he buys there and his own closet to create something truly unique.
This was one of my favorite sessions this year for the Class of 2019. I loved that Daniel used his passion for urban fashion to create a look all his own.
Ultimately, Daniel plans to study design at TCU this fall. He hopes to eventually create his own line of urban fashion.I’m so excited to see where this path takes him! 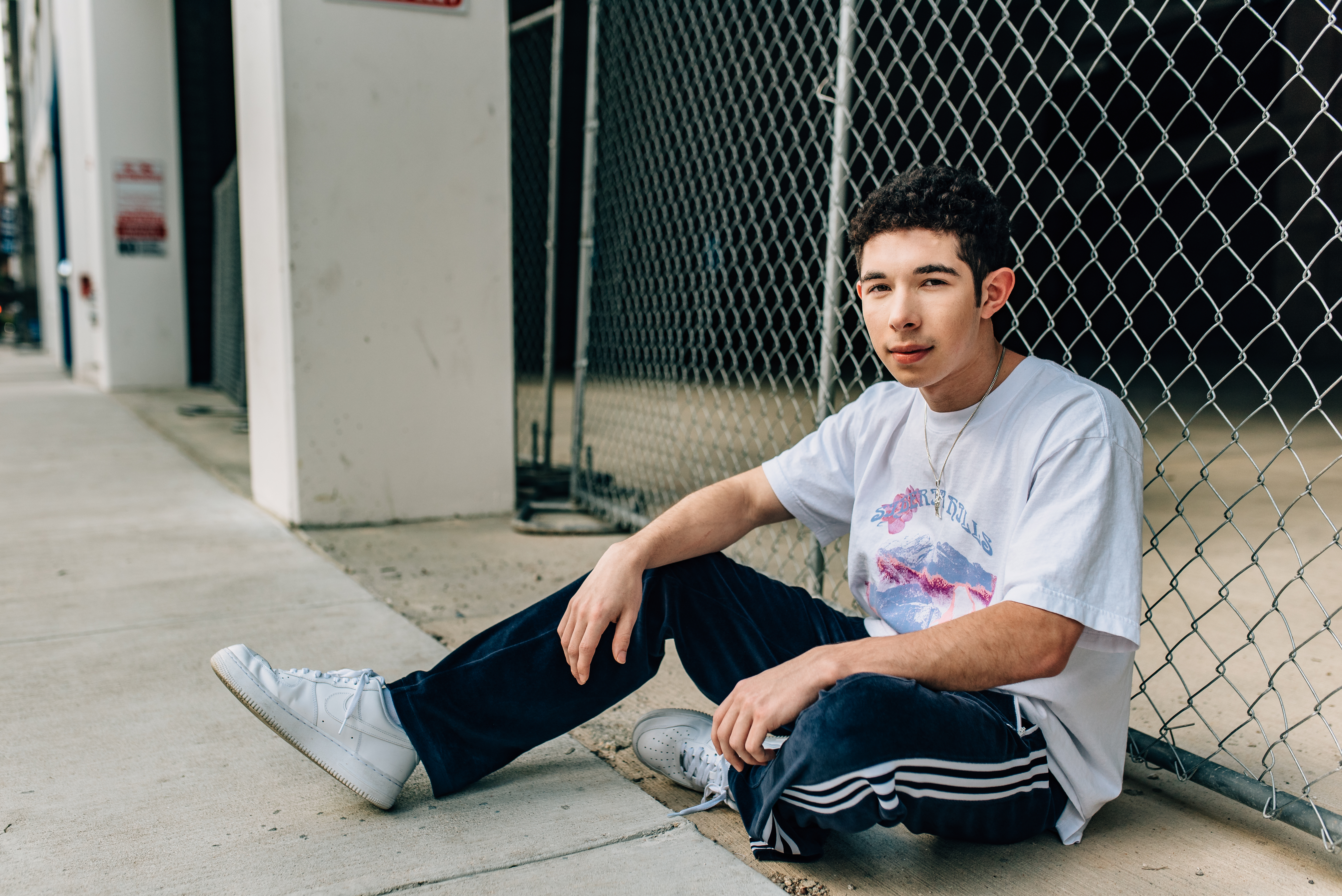 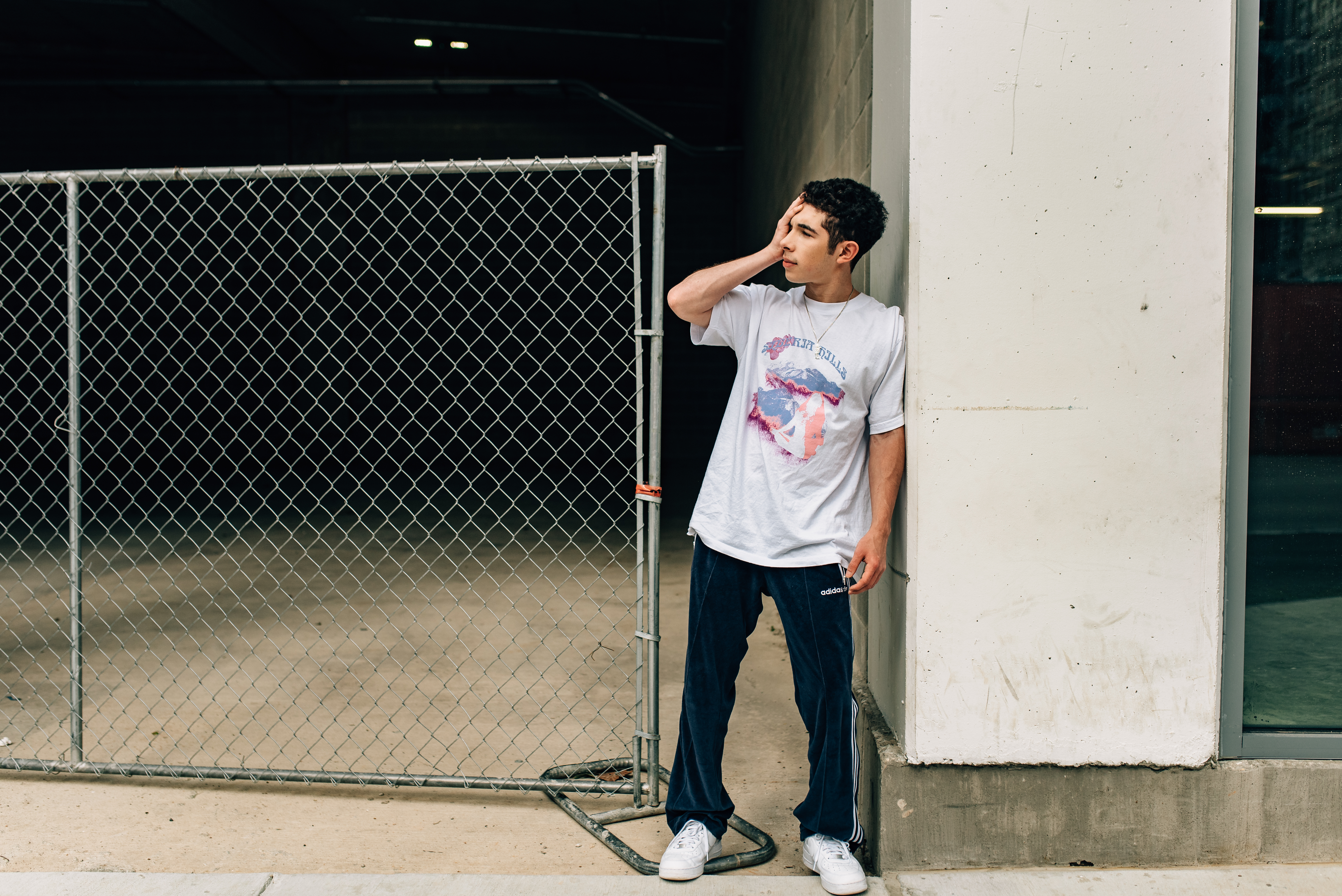 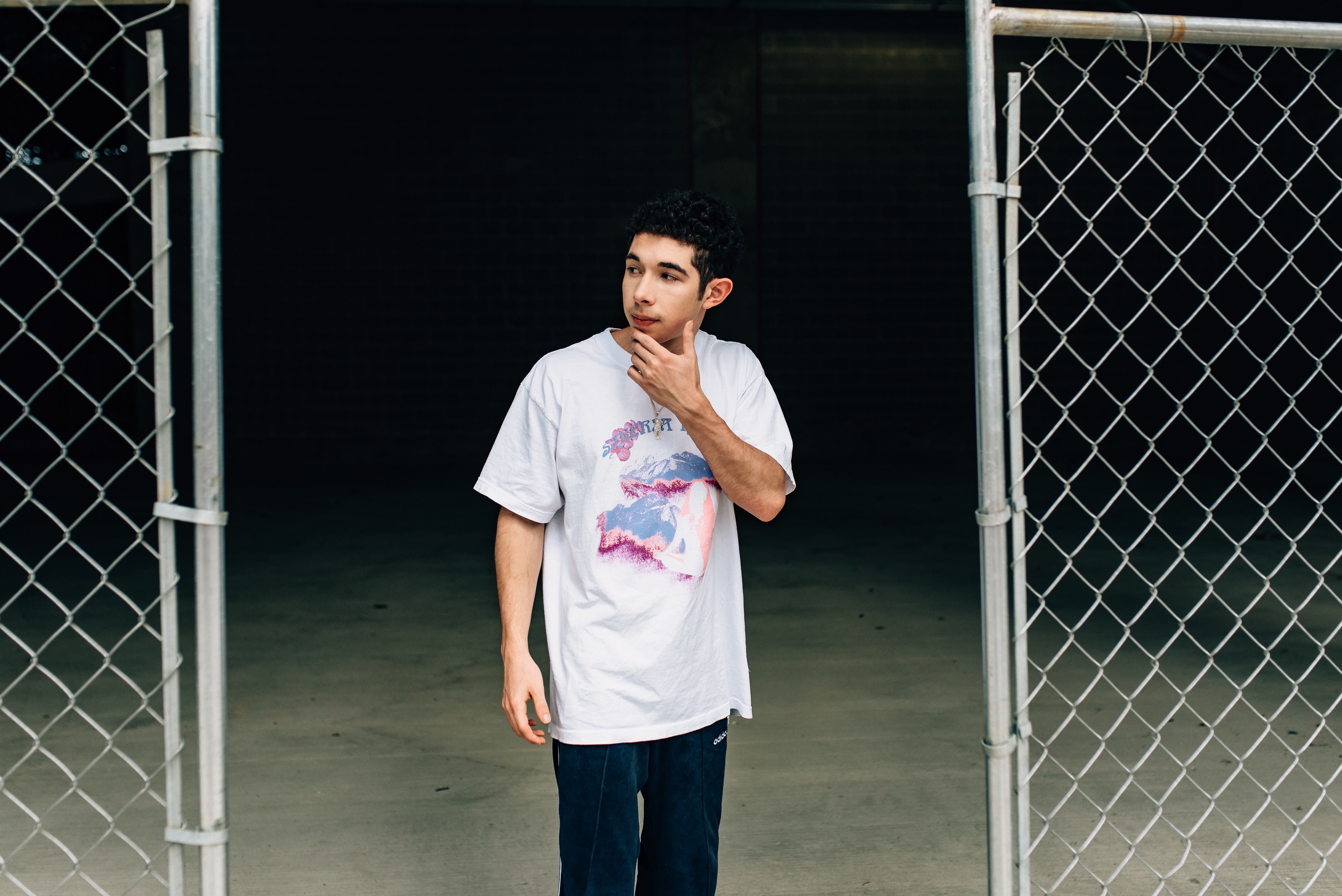 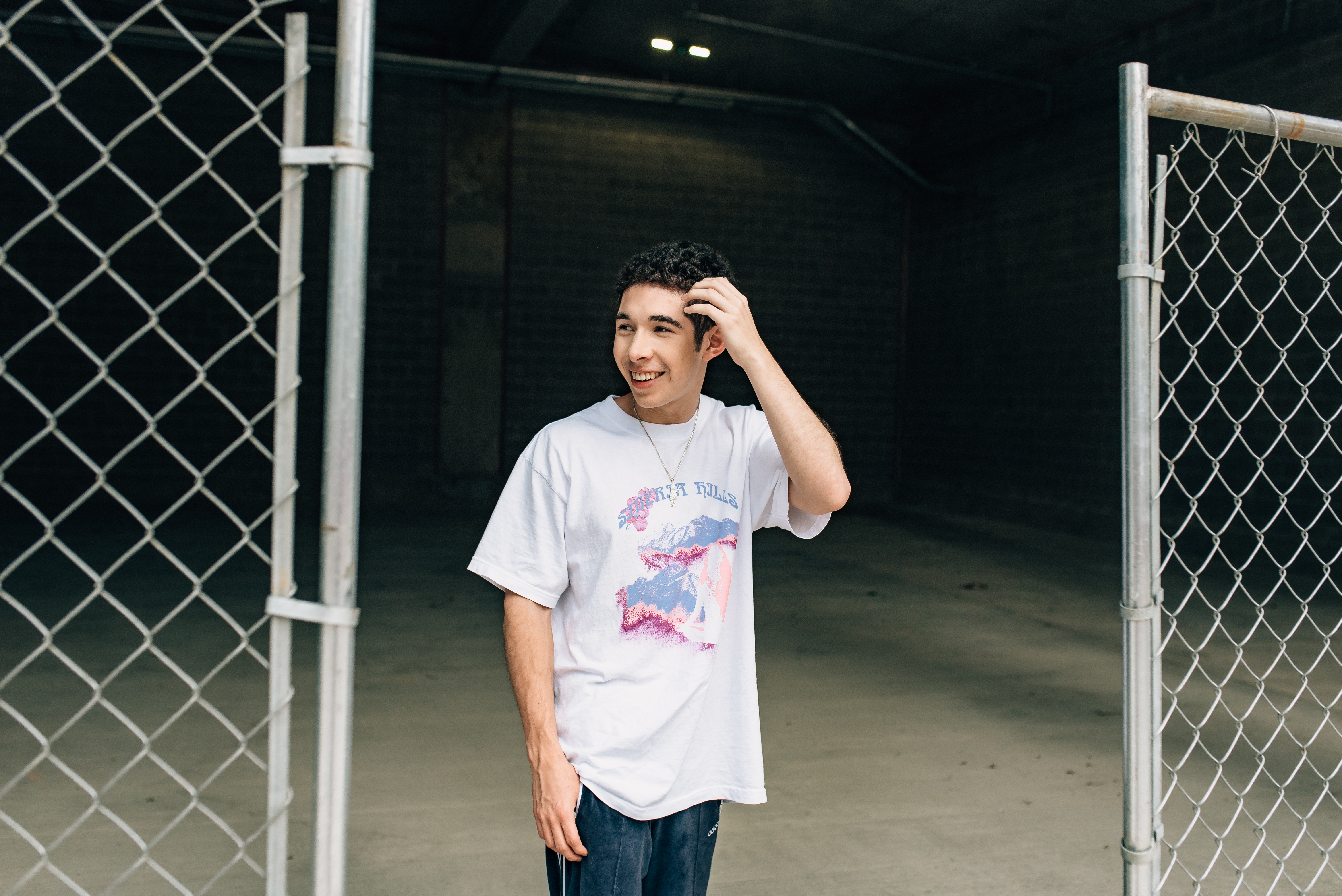 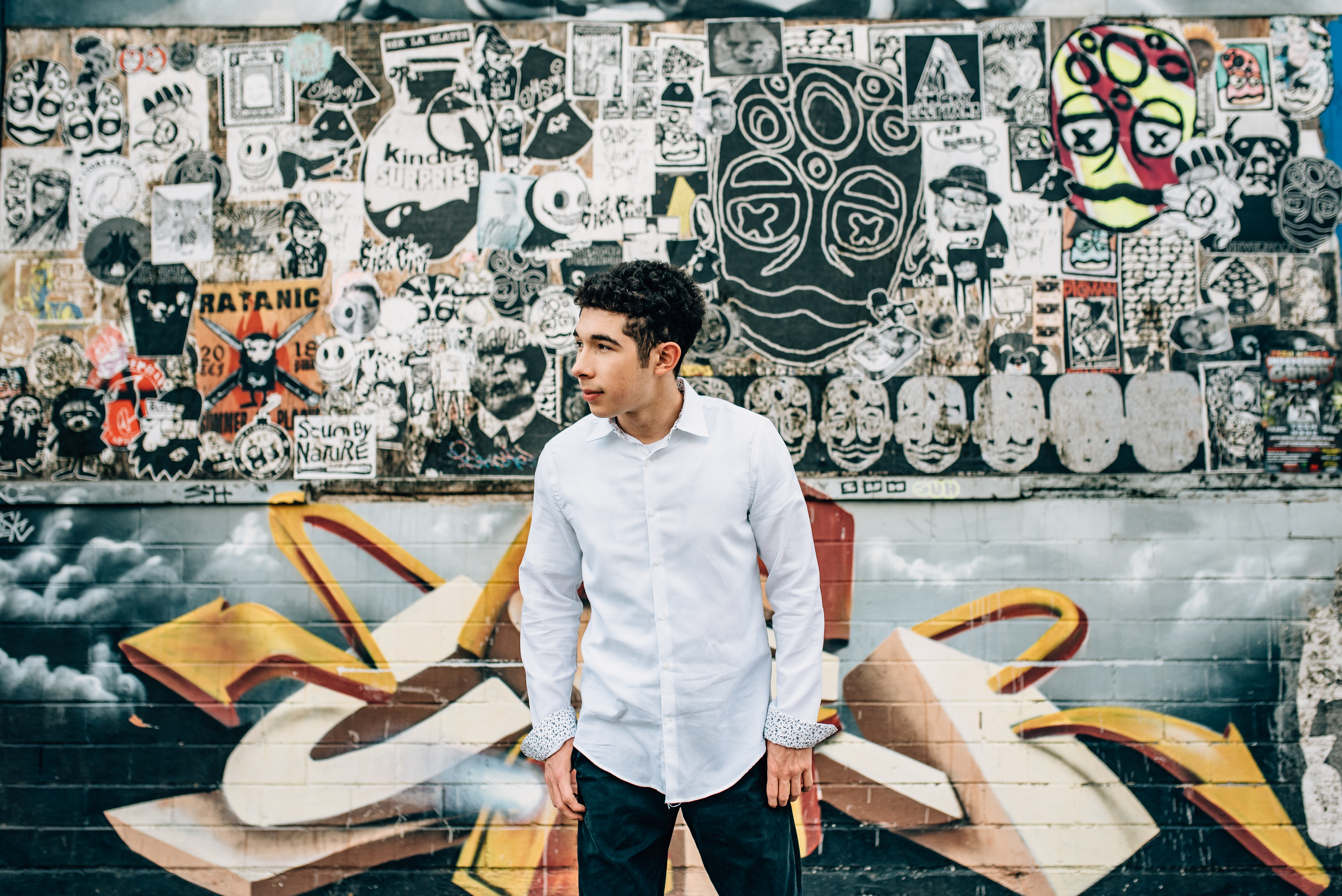 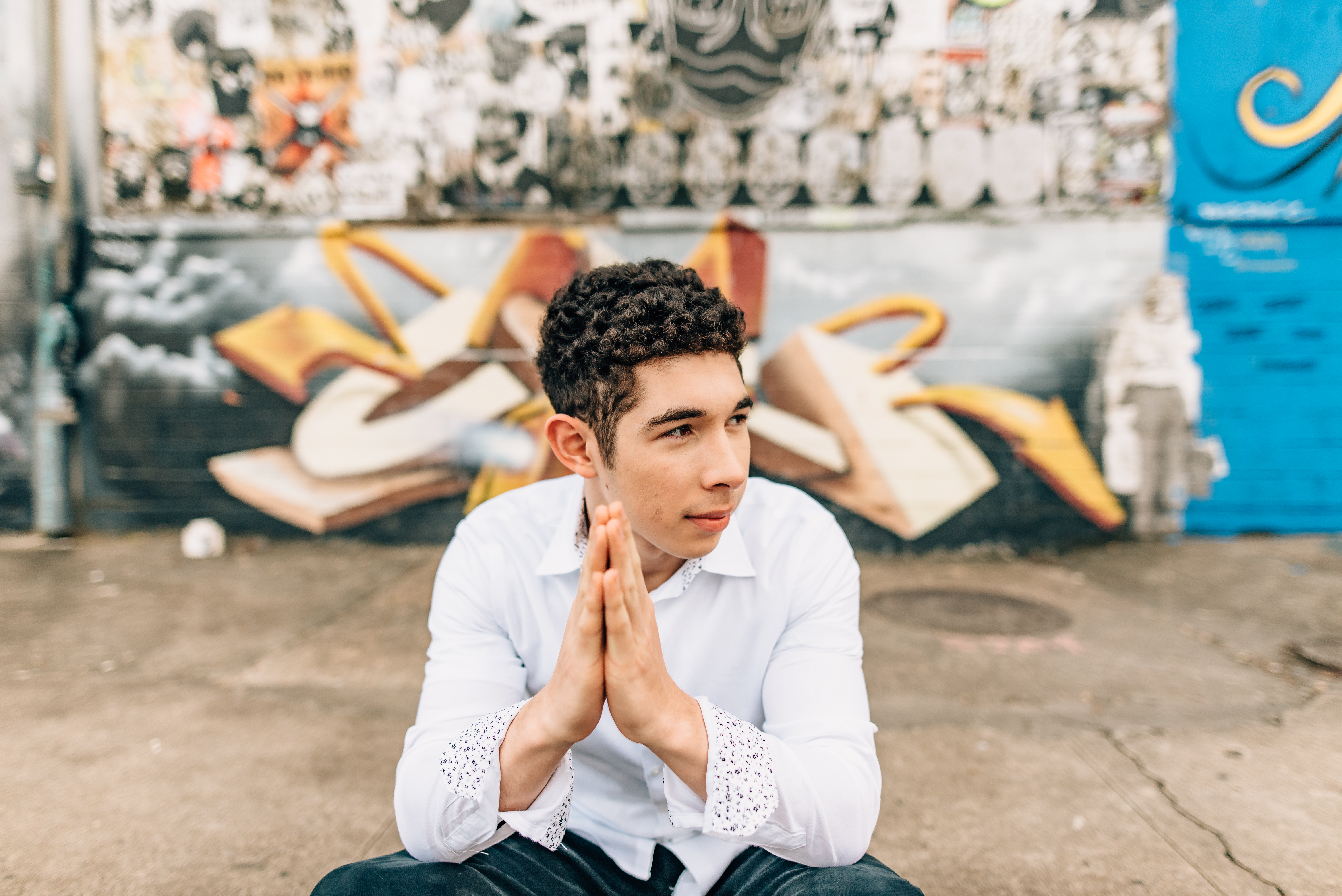 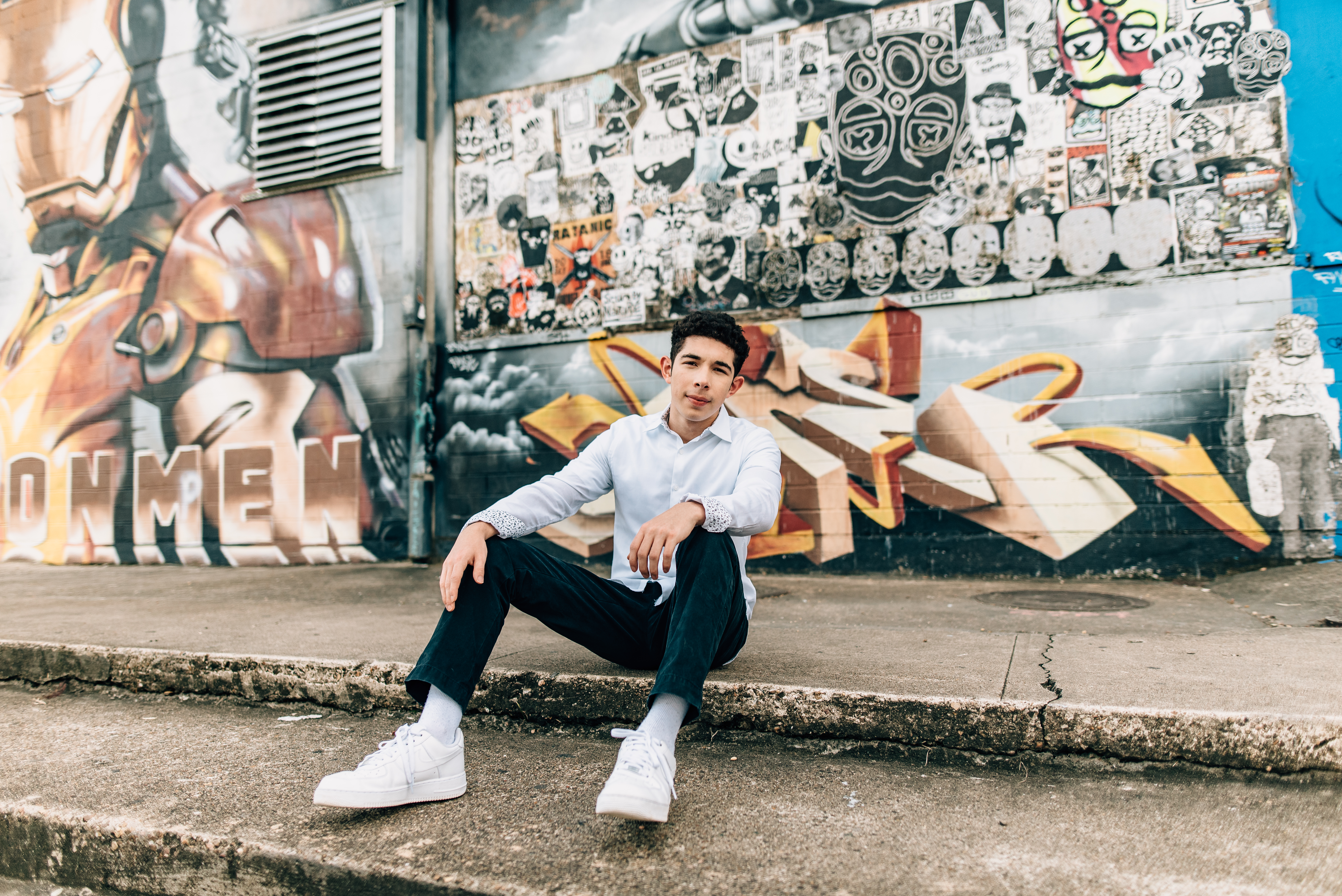 Urban shoot for a senior guy in Houston

Daniel chose downtown because he loves the city. He was hoping for lots of urban landscape. Things like overpasses, graffiti walls, and parking garages help to match his look.
We started near the Theater District and worked our way to the Graffiti Park by 59.
And of course, I was so excited when he brought along his sweet dog for his shoot. I know my dog was one of the first things I missed back home when I was away at school. 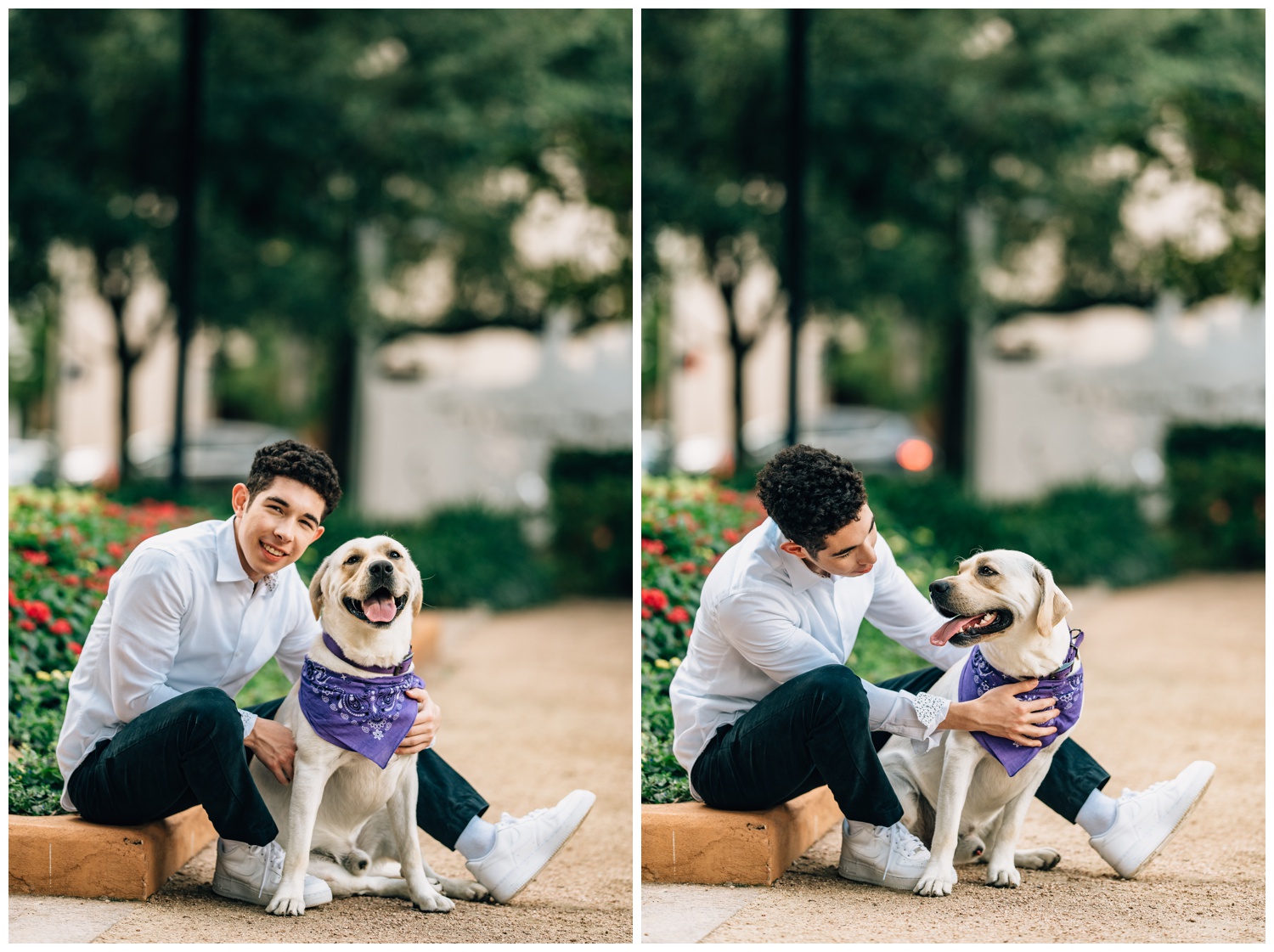 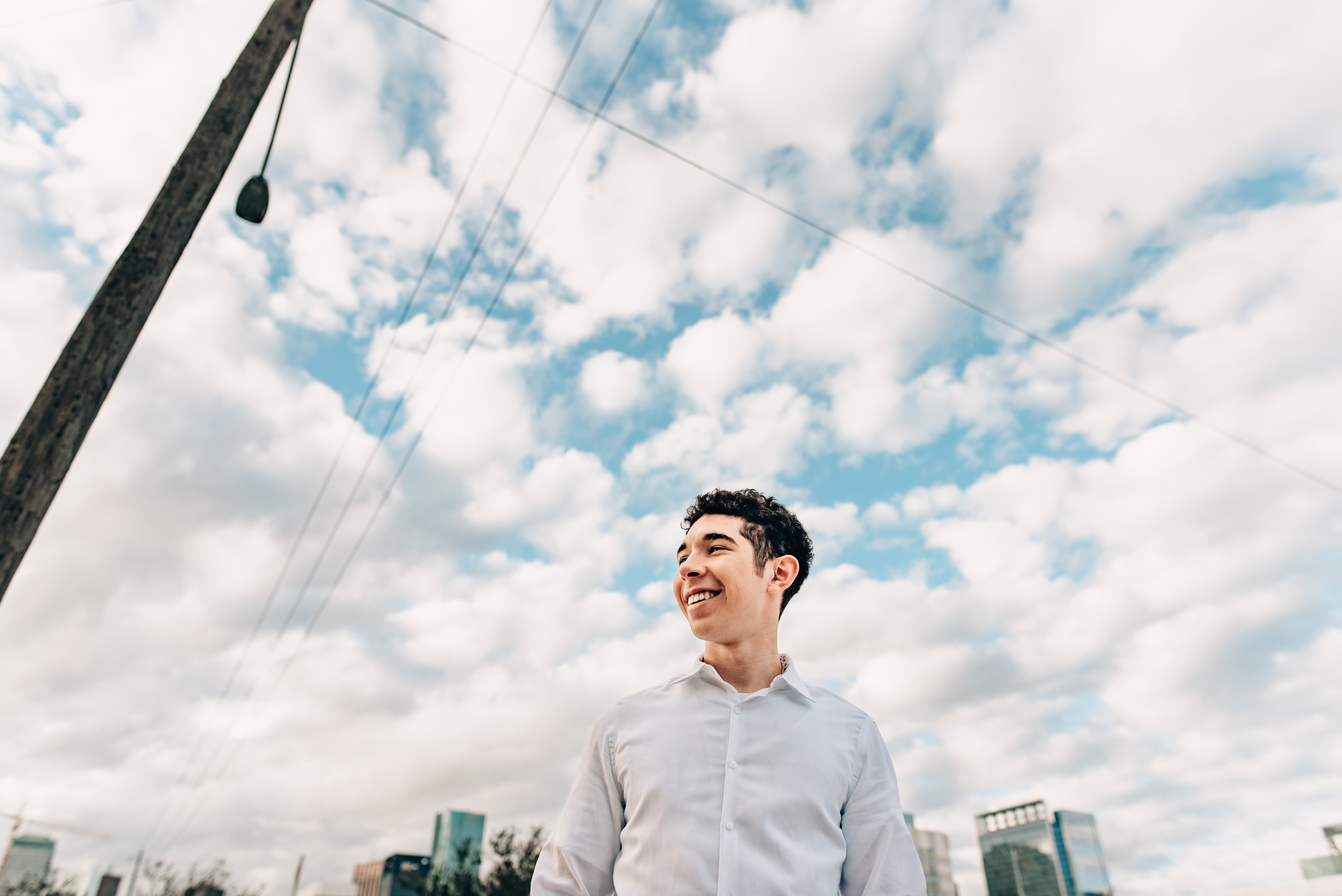 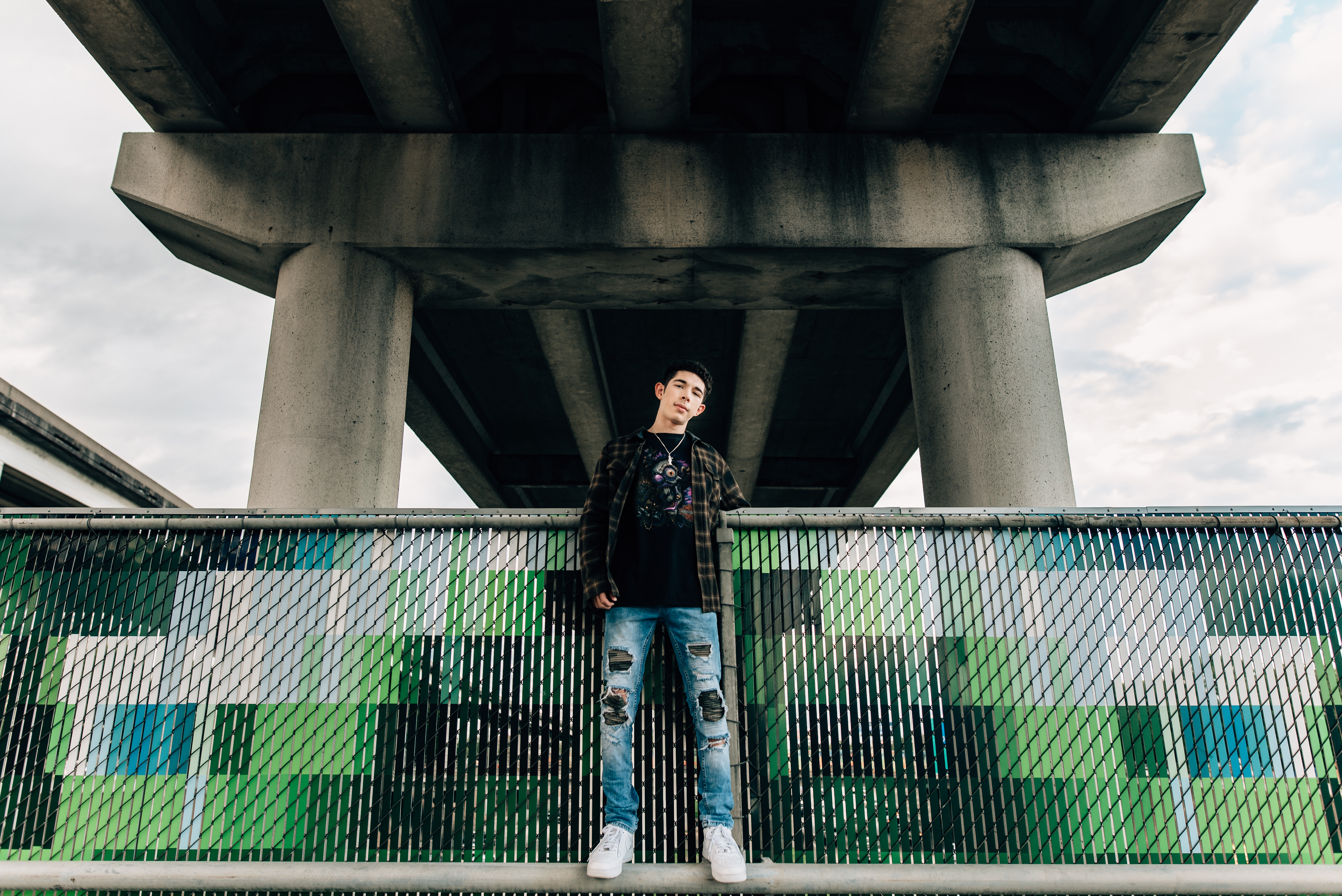 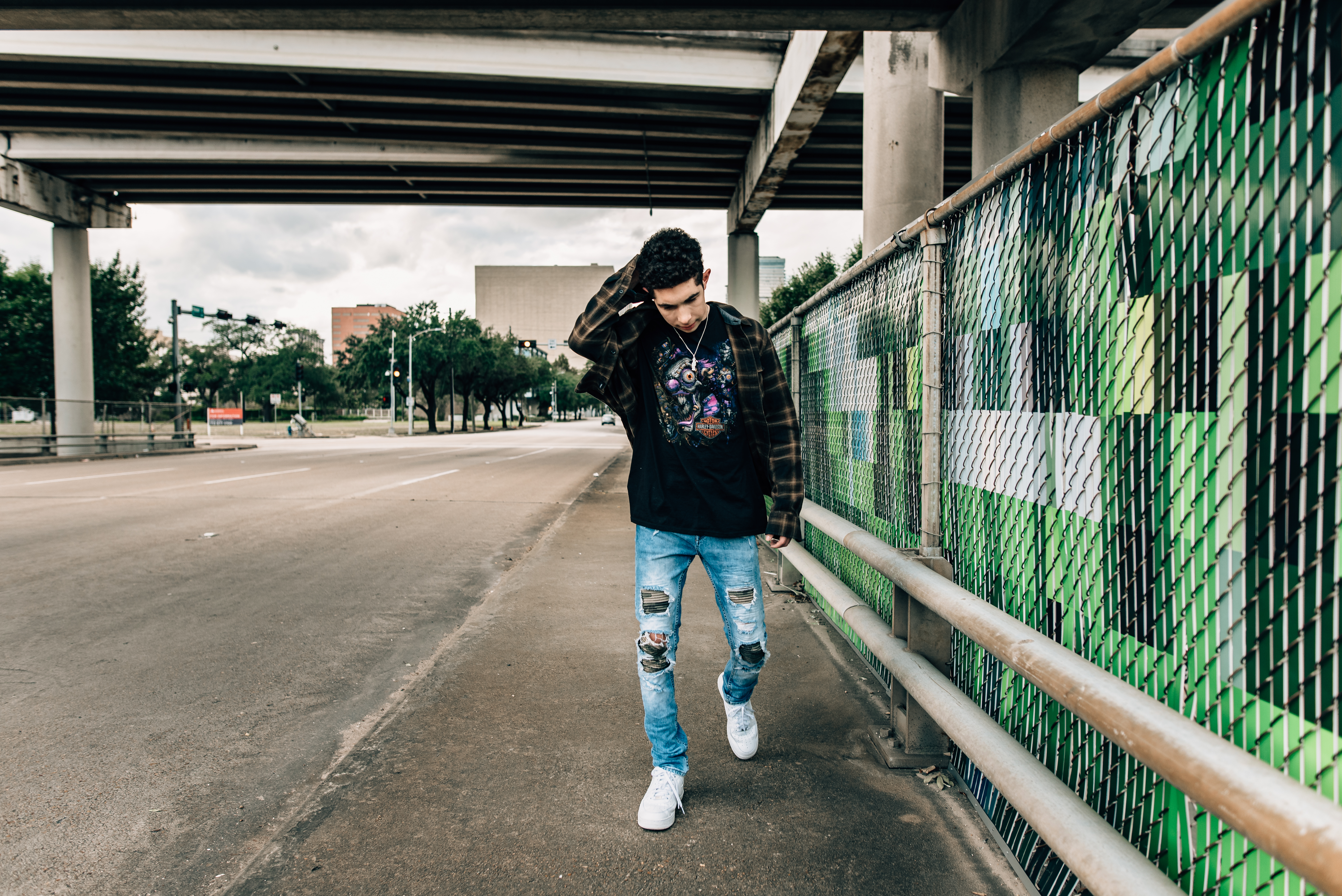 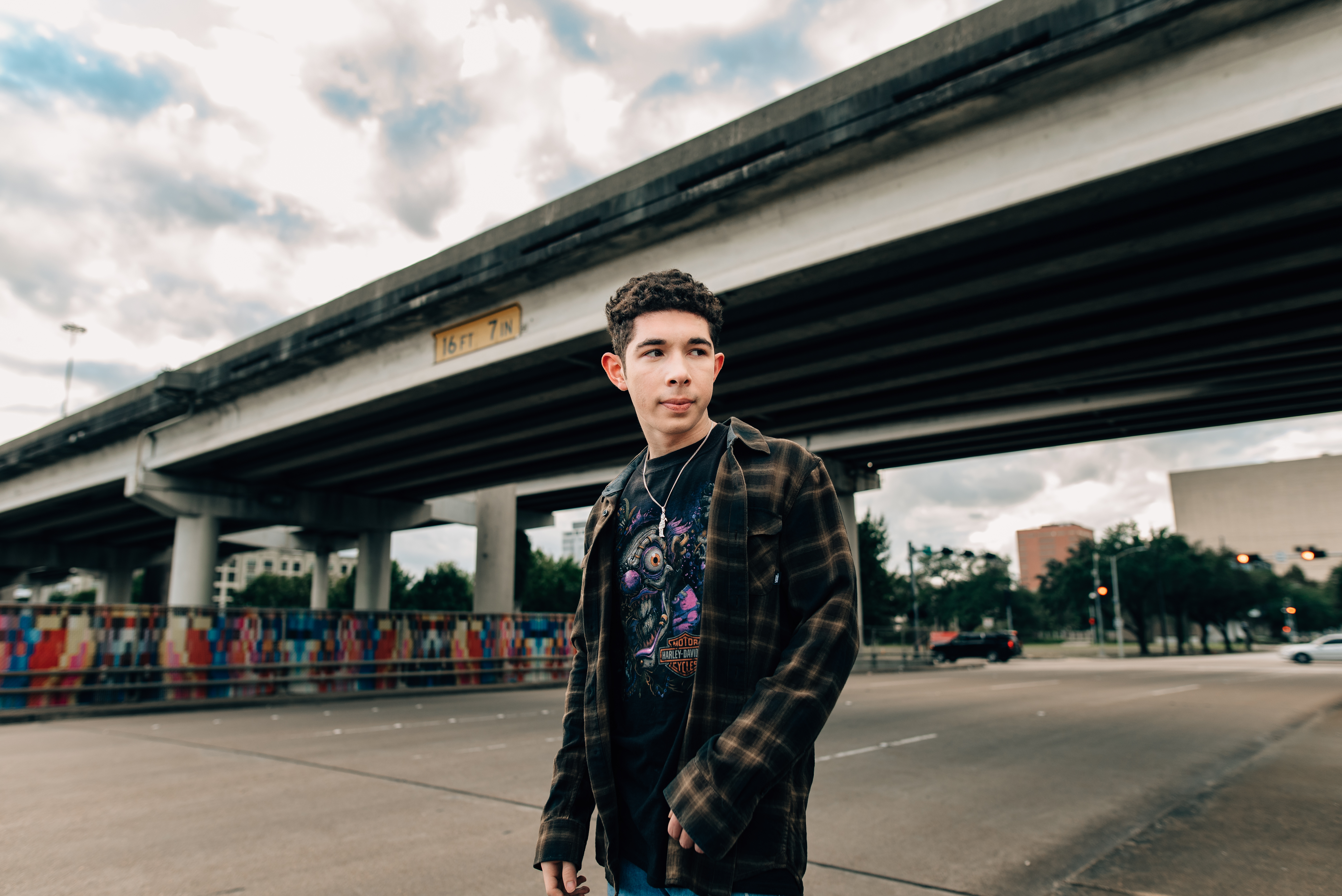 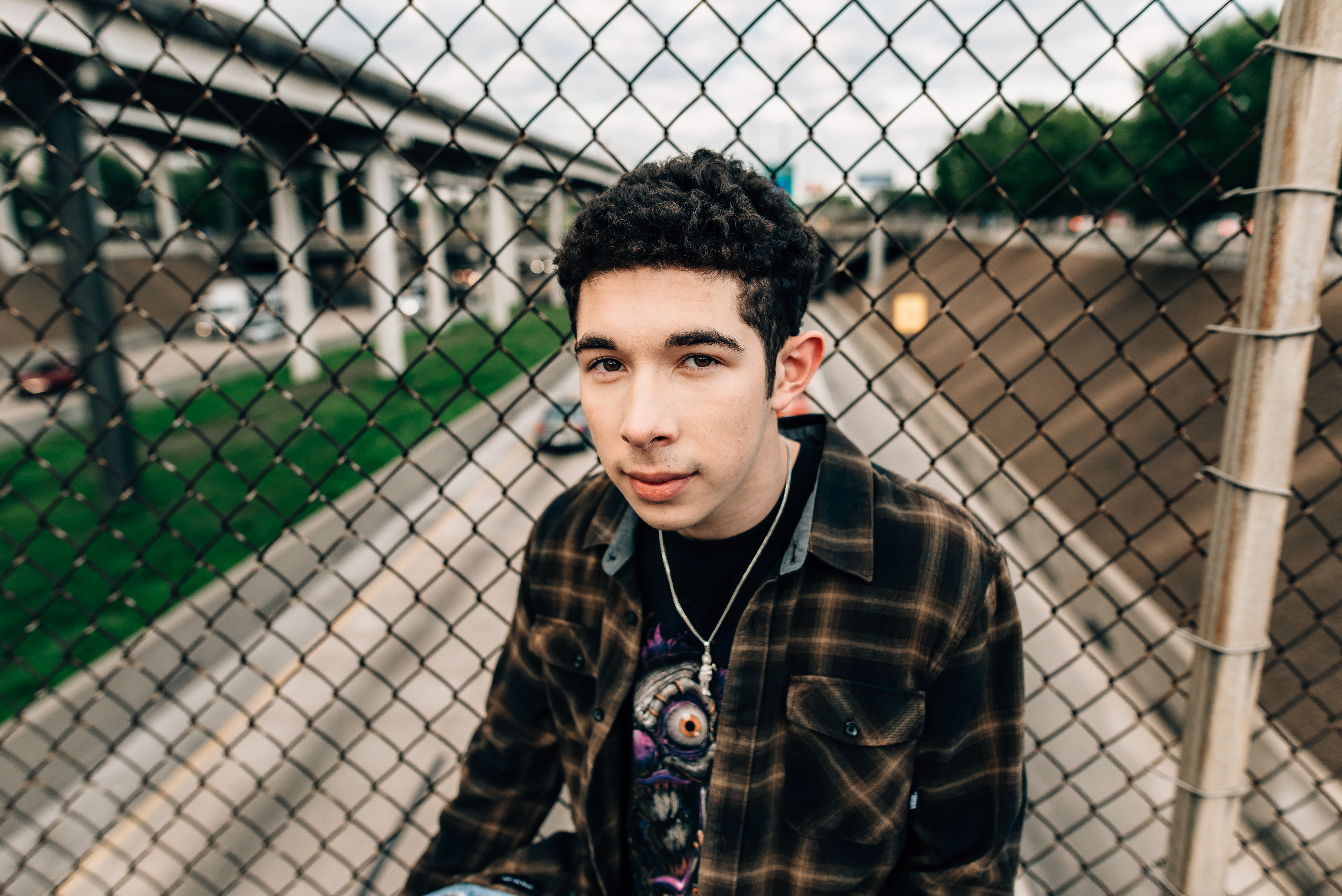 There was plenty along the way to catch the eye and play around with. Daniel was a fantastic subject and was willing to do anything. It was awesome getting to photograph someone who understands how to achieve a completed “look”.
Daniel, best of luck to you as you study at TCU! I wish you the very best and I know you’ll go far!!
Need more info on senior portraits with The Ramseys Seniors? Contact us to get all the info!